If you miss North 44, you’ll find the same luxury at Summerhill’s Sash

If you miss North 44, you’ll find the same luxury at Summerhill’s Sash

Sash Simpson has stepped into the spotlight.

His two-month-old restaurant is as elegant and understated as a cashmere twinset and pearls. He slides foie gras into his burger, shaves Perigord truffles onto his pasta and bakes chocolate soufflés to order. 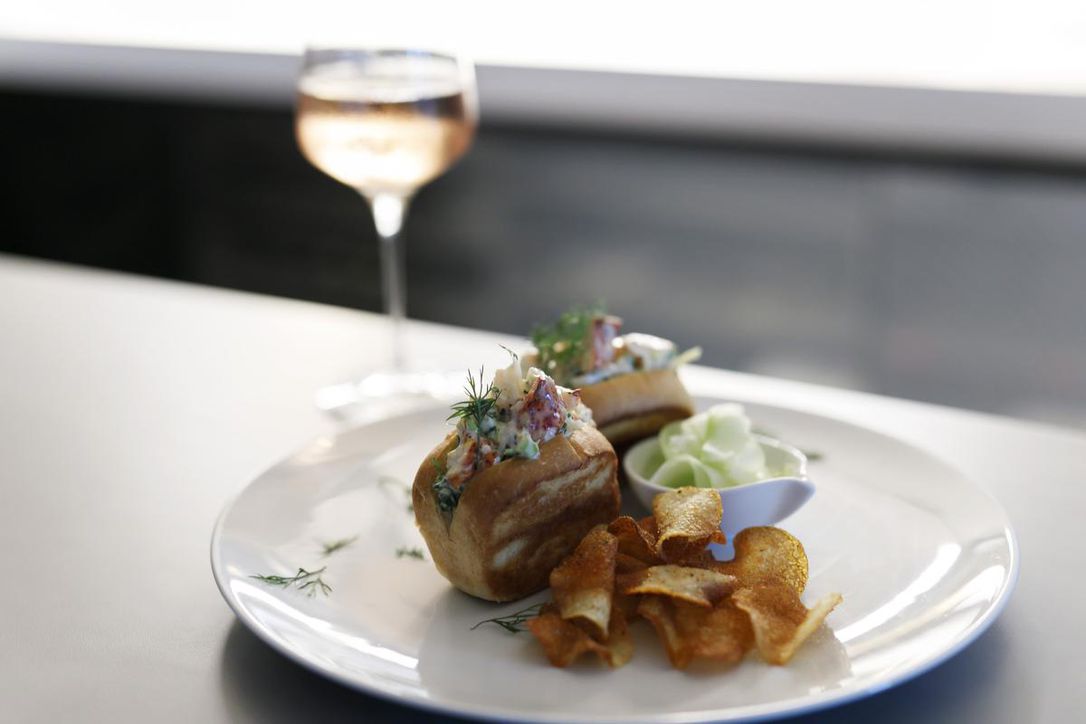 So if you miss North 44, where Simpson was the chef and which McEwan closed last summer, you’ll find the same luxury at Sash. And the same clientele.

“I’d say most of my customers come from North 44,” says Simpson over the phone.

Simpson, 49, opened Sash without partners. The self-described “workaholic” points to his adoption at age 5 from the streets of Madras (now Chennai) as motivation.

“Having been a beggar in India, I need to do this on my own,” he says.

So he took over a former daycare and rebuilt it from the studs. The second-floor room now boasts curving windows, $800 dining chairs and its own elevator.

Nothing is either too much or not enough. The sauce for the chitarrine spaghetti ($30) is the essence of mushrooms. Homemade potato chips accompany lunchtime lobster rolls ($28) spiked with celery and dill.

Veal tenderloin ($44), a lovely piece of meat, comes with an even lovelier risotto shot through with green peas and sliced asparagus. Lamb chops ($45) sit atop creamy white beans plus the season’s ramps and black kale.

Sash’s burger ($36) is a delightful mess, oozing truffle aioli, French brie and shaved foie gras torchon — not to mention the juices from the double patties of chuck and brisket. Sash serves it with confit potatoes instead of fries because “people can have fries anytime,” Simpson says.

The confit potatoes aren’t great. Neither is the Sash salad ($16), an awkward mismatch of greens, chanterelles, peas and shaved radishes in a harsh green goddess dressing. A similar slip from Sash’s high standards can sometimes happen with service, such as not folding napkins when a guest leaves the table.

What surprises me are the number of millennials in the room. Sash, it seems, is trying to put the fun in fine dining.

“Don’t be intimidated by the white linen. I want the bar crowd dancing after 10:30 p.m.,” Simpson says.

That would mean busting a move after rich crème brûlée ($15) that produces more wonder than playing with a litter of golden retriever puppies.

Nothing is more old school than the chocolate soufflé ($15), which must be ordered 30 minutes in advance.

The soufflé hits the table — sorry, “is gently placed” on table so as not to jolt any air from it — rising one centimetre above the white ramekin.

The fluffy mixture tastes like bittersweet chocolate and Cointreau, two flavours that harmonize as well as Diana Ross and Lionel Richie. It comes with two sauces, chocolate and toffee, both irrelevant to the enjoyment of what has been called an “endangered species” of a dessert. Enjoy the slowly deflating dish for what it is: A Toronto chef making magic for the privileged.

Amy Pataki is a Toronto-based restaurant critic and reporter covering all things hospitality. Follow her on Twitter: @amypataki

About the Author: admin